The WCA in Alberta was not based on the Meredith Principles as the WCA in Alberta preceded the Meredith Principles. Alberta brought in the provinces WCA by an enactment of the Legislative Assembly, not by an agreement between workers and employers. The Alberta Government enacted the Alberta WCA on March 5, 1908. I have attached the first page of the 1908 WCA as proof that workers and employers were forced into the WCA by the Government of the day by enactment, not by any agreement. One of the things that I noted in the WCA was that workers were given a choice of suing the employer or filing a claim for compensation through WCB which is the way that it should be especially when an injury, death or disease was caused by gross negligence.

“For evil to flourish, all that is needed is for good people to do nothing” – Edmund Burke 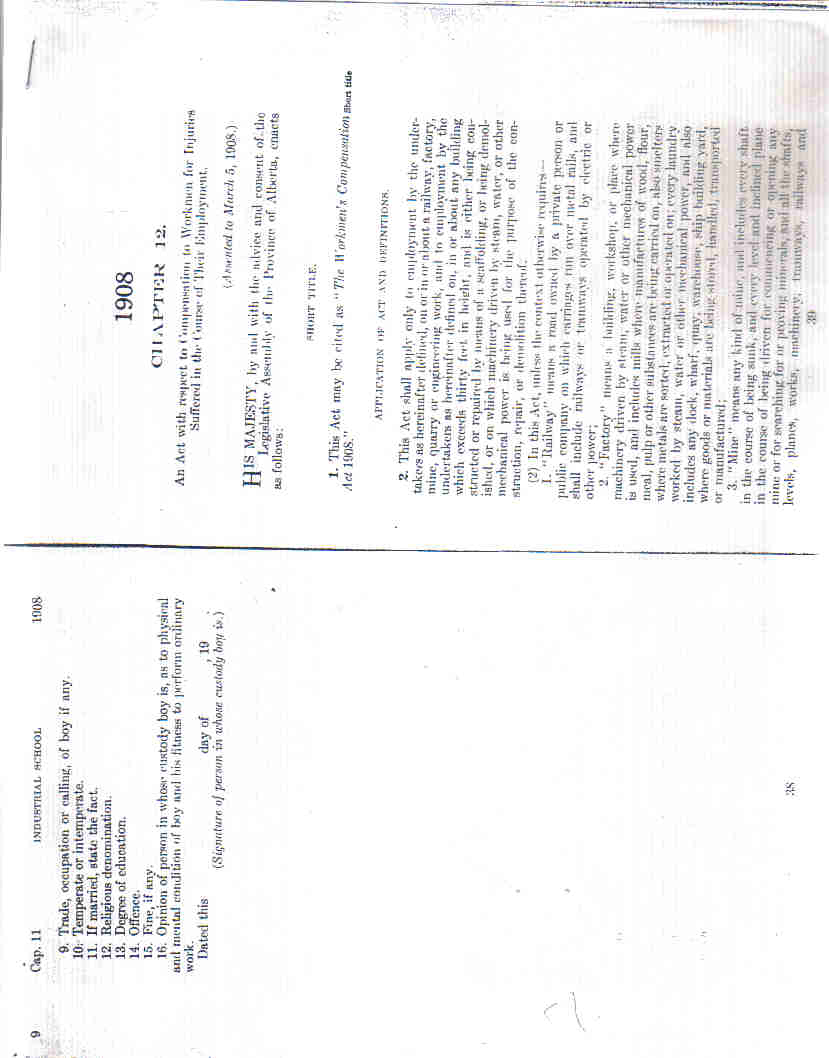 View all posts by Injured Worker →